Lupton Fawcett’s Employment Team was in the spotlight once again when it was awarded Employment Team of the Year 2018, in front of more than 900 legal professionals, at the Yorkshire Legal Awards.

There was a double celebration for the Yorkshire law firm, as Ellie Leatherday was named Trainee Solicitor of the Year.

The event, which was hosted by BBC Breakfast presenter Mike Bushell on 11 October, was held at New Dock Hall in Leeds.

It was another proud moment for the Employment Team, which was up against a number of high profile law firms, and adds to its award for the UK Regional Employment Team of the Year, which was awarded by the Legal 500 last year.

In the opinion of the judges, Lupton Fawcett’s Employment Team deserved the award for the quality of legal services offered; its innovative and flexible approach to changes in the legal market; the way the work has been recognised and appreciated by the Yorkshire business and legal community; and its wider contribution to society.

“The fact that this award comes on the back of last year’s national award demonstrates that we are consistently providing our clients with high-quality advice and service.”

It was also a huge achievement for Ellie to be recognised for her work and potential so early in her career. The judges were impressed by her excellent standards of work and dedication; her development during training; contribution to client relationships; and recognition from her colleagues and peers.

Speaking about the two awards, Head of the Employment Team, Andrew Gilchrist, said,

“Although we set ourselves very high standards, it is only when you are compared to your competitors that you know how you are viewed by the profession.

We are equally delighted for Ellie who is already making a great contribution to the Firm.  It is great to know that her undoubted ability and potential, together with our training and support, have been recognised by the legal profession.” 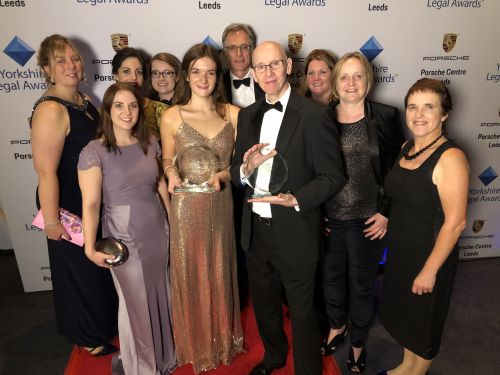