When should an Employment Tribunal decide whether someone is disabled for the purposes of the Equality Act? 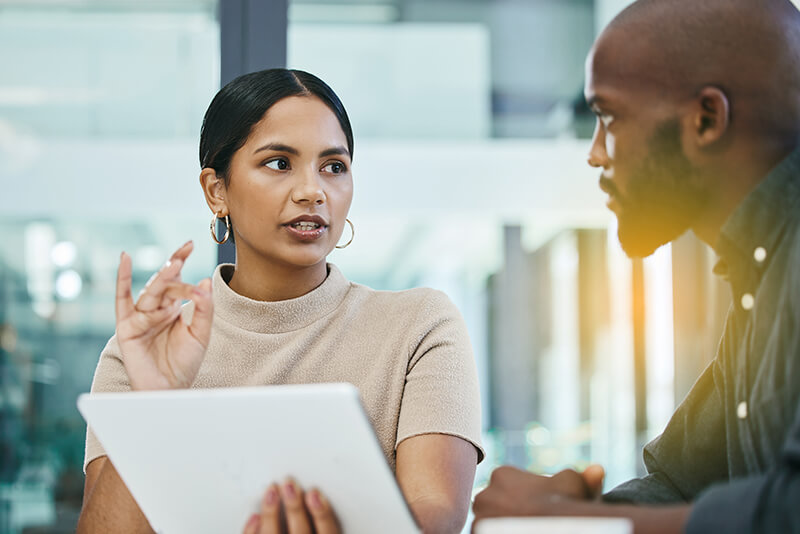 An employment tribunal cannot consider events after the date of a discriminatory act to determine whether an impairment is ‘long term’ for the purposes of assessing disability status, the Court of Appeal has held.

In All Answers Ltd. v Mr W (1) and Ms R (2), the Claimants alleged that on 21 and 22 August 2018, they were the subject of acts which amounted to disability discrimination.

The Equality Act 2010 (the Act) defines disability as a physical or mental impairment which has a substantial and long-term adverse effect on a person’s ability to carry out day-to-day activities. An impairment is considered ‘long-term’ if it has lasted (or is likely to last) for at least 12 months.

A person is discriminated against if they are treated less favourably because they are disabled, or because of something arising as a consequence of their disability. An employer is also under a duty to make reasonable adjustments in relation to disabled persons.

Both claimants brought claims against their employer, the Respondent, for unfair dismissal and for discrimination on several grounds, including disability discrimination. The Claimants stated that they were both suffering from depression, and that Ms R was suffering from post-traumatic stress disorder. On 21 August 2018, the seating arrangement at the Respondent’s premises was changed, so that the Claimants were no longer seated close to one another and were isolated. The Claimants further state that there was a failure to deal with their concerns on 22 August 2018.

These claims have not yet been dealt with by an employment tribunal. The issue at play here is the claimants’ disability status. A preliminary hearing took place on 28 October 2019 to determine this issue and the Judge considered evidence from the two claimants. The Judge clarified that the purpose of the preliminary hearing was solely to decide whether the Claimants were disabled within the meaning of the Act, and not to establish whether the Respondent knew or ought reasonably to have known that the claimants were disabled.

The Judge considered evidence provided by Mr W, including medical notes dated between 13 September 2018 and 25 January 2019. Following consideration of the evidence, including a disability impact statement prepared by the claimant, the Judge set out that he was satisfied Mr W was disabled within the meaning of the Act. The Judge then considered the evidence provided by Ms R, noting that there was no notable medical record until 11 September 2018, when she was suspended from work. The Judge made the same finding for Ms R; that she was also disabled as defined by the Act.

The Respondent appealed to the employment appeal tribunal (EAT), which highlighted the following points: the Employment Tribunal had not referred to the specific dates of 21 and 22 August 2018 when deciding whether the Claimants were disabled, and it had failed to specify whether Ms R’s mental impairment had a substantial adverse impact or whether it was likely to recur. Despite this, the EAT inferred from the decision of the Employment Tribunal that it was satisfied that an impairment existed on 21 and 22 August 2018, and the EAT therefore dismissed the appeal.

The Respondent made a further appeal to the Court of Appeal (CA). The Respondent accepted that both Claimants had a mental impairment that had a substantial adverse effect on their ability to carry out day to day activities on 21 and 22 August 2018. However, the Respondent submitted that this was not sufficient to show that the Claimants were disabled within the meaning of the Act, because it had not been established that their impairments were ‘long-term’.

The Court of Appeal held that the employment tribunal had assessed neither whether the claimants’ impairments were in existence at the time of the alleged discriminatory acts, nor whether the impairments met the definition of ‘long-term’ i.e. were they likely to last for at least twelve months.

The Court of Appeal therefore allowed the appeal, referring the matter back to the employment tribunal to be dealt with in full. It is worth reiterating that the tribunal was not making a finding of whether the employer should have been aware of the disability, but whether the claimants met the definition of ‘disabled’ as set out in the Act at the relevant time.

In summary therefore, the case shows that an employment tribunal must consider the definition of ‘disability’ as at the date of the alleged discrimination and should not consider the subsequent events.

If you would like to discuss the above in more detail or if you require any employment law advice, please do not hesitate to contact a member of the Employment Law Team.