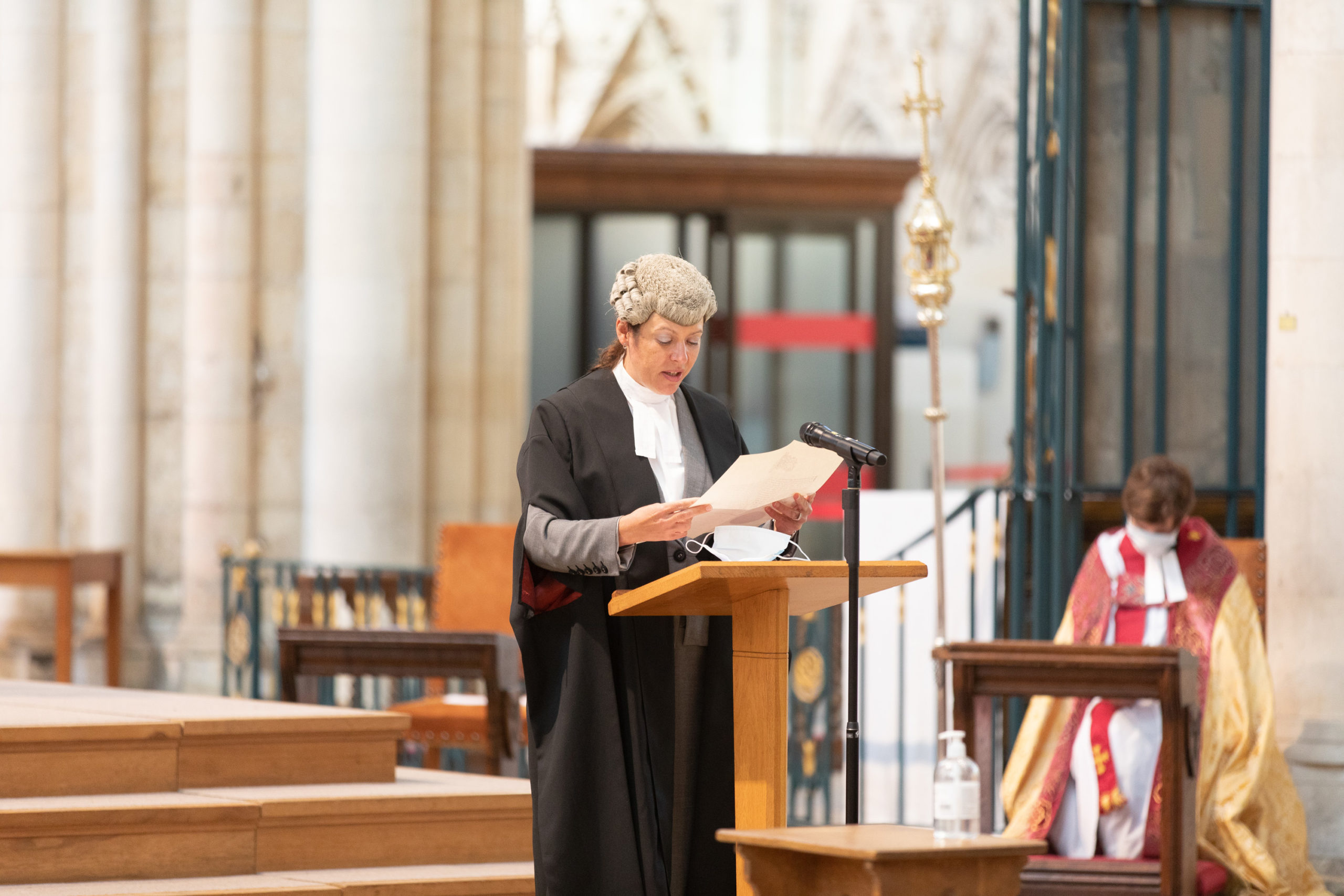 Louise was present at the ceremony in her role as Registrar for the Diocese and Province of York. Specifically, her part in the proceedings was to read the Letters Patent from HM the Queen, which is the sealed document from the Queen requiring the Archbishop to consecrate a new bishop in the Northern Province of the Church of England.

Both consecration services had been postponed from earlier in the year owing to the Coronavirus lockdown. Covid restrictions meant they were held in very different circumstances with only 30 people attending the ceremonies in the Minster nave, rather than the hundreds of guests who would usually be invited to attend.

Louise said: “I am privileged to serve the church in the exciting and fulfilling role of Diocesan and Provincial Registrar and it was an honour to take part in the ceremonies consecrating the new Bishops of Doncaster and Sherwood.

“All those attending wore face masks and copious amounts of hand sanitiser was used, particularly for the consecration itself which requires the Archbishop or Bishop to place their hands on the candidate’s head. Usually they then anoint the candidate with holy oil by hand, but on this occasion an ancient anointing spoon with a very long handle was used to drip the oil onto the candidate’s head.”

As Registrar for the Diocese, Louise also attended the consecrations of 12 Deacons in five ceremonies held at the Minster over the weekend. She administered the oaths that the ordinands are required to swear before the service, as well as confirming during the service that this had been done.

Lupton Fawcett’s ecclesiastical law practice is the largest in the north of England.

Partner Louise was appointed Registrar for the Diocese of York and legal secretary to the Archbishop in November last year, and Registrar of the Province of York in February this year.

A lawyer with more than 25 years’ experience as a solicitor she advises on legal issues facing clergy, parishes and dioceses in the Church of England, as well as delivering seminars and training for ecclesiastical clients.