Mediation and collaborative law in divorce: a constructive and effective alternative to Family Court 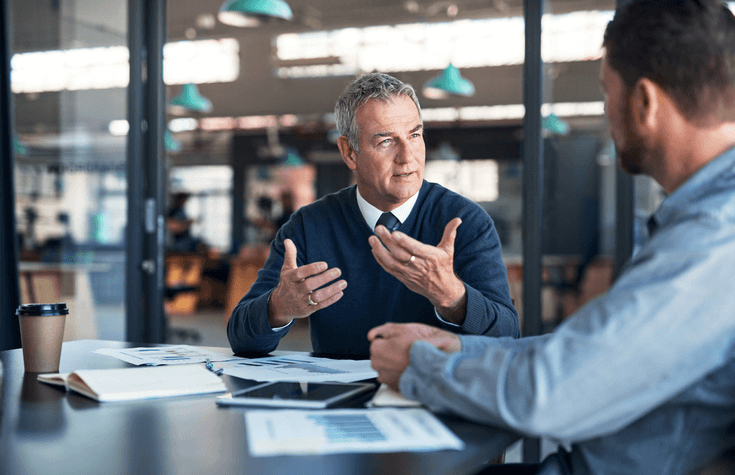 With ‘no fault’ divorce coming into effect in April 2022 the figures for this year could be higher still, as separating couples no longer need to prove a fault-based fact against their ex-partner to begin the process.

With overstretched family courts already facing huge backlogs, any rise in divorce rates mean families can expect to wait long periods of time to sort out finances and the arrangements for children, adding extra stress and hardship at an already challenging time.

Good Divorce Week, taking place from Monday 28 November – Friday 2 December, is part of a national campaign to raise awareness of the ways in which divorcing couples can resolve their disputes away from the court system.

It was established by Resolution, a community of family justice professionals who work with families and individuals to resolve issues in a constructive way.

As a member of Resolution, mediator and collaborative lawyer I specialise in promoting a constructive and non-contentious approach to divorce through alternative methods of dispute resolution that take place outside the court.

Mediation, where a neutral mediator supports both parties, brings them together, helps them explore their options and provides information that helps them agree on the arrangements for their children and/or how to divide assets including property, savings and pensions. The separating parties then instruct their solicitors in drafting a settlement agreement, if necessary.

Collaborative law, where each party appoints their own collaboratively trained solicitor and both clients and solicitors commit to approaching discussions collaboratively and constructively, coming together to work things out face to face, alongside (where relevant) a financial advisor, child specialist or other experts.

Hybrid mediation, a relatively new approach where both family and civil mediation techniques are used to achieve flexible and innovative outcomes. The parties may choose to bring their individual lawyers into the mediation meetings to provide support and advice. The mediation can take place with both parties and their solicitors all together in the same room or they could stay apart while a mediator moves between them, brokering agreement on points as they arise, often leading to faster resolution.

Divorce is like getting to the top of a mountain – no-one expects it to be easy but your experience of the process will depend on the route you take and the choice of vehicle you choose to get you there.

During Good Divorce Week we’re aiming to raise awareness of the range of options available to separating couples when it comes to the challenge of agreeing financial settlements and arrangements for children post-separation.

Mediation, hybrid mediation and collaborative law are all approaches that can enable people to retain more control of the process rather than having to put things in the hands of the court.

The flexibility and constructive nature of these methods allow creative solutions to be found which often allow both parties to achieve more of what is important to them, while freeing up the courts to focus on the cases they are best-placed to manage.

We recently provided mediation in a case where the divorcing couple had become embroiled in a to-and-fro of correspondence between their solicitors, who were each seeking information from the other party regarding their assets.

Both parties felt they were spending a large amount of money to go around in circles and decided to try mediation as a way of obtaining legal information from a neutral third party that would provide a framework for them to move forward.

Through the mediation process it became clear that the husband’s priority in agreeing a settlement was to keep the business he owned, while the wife’s was to stay in and keep the family home.

They amicably reached an agreement that achieved what each of them wanted and obtained a court order to make this binding.

The key to resolution in this case was to focus on what was most important to each party and find agreement on these priorities, rather than becoming trapped in the ‘one size fits all’ approach their solicitors had originally pursued.

Collaborative law was the route chosen by a couple earlier this year who were separating after 30 years of marriage. In this case we represented the wife. They both wished to approach their divorce with dignity and as amicably as possible but their financial situation was relatively complex, with a business he owned and which she had worked in throughout their marriage, plus a family home, a second property and significant savings and pensions.

After obtaining a valuation of the business, properties and pensions a settlement was arrived at that allowed the husband to retain the business, his pension and an investment property and for the wife to receive a fair lump sum in a tax-efficient way.

In this instance the process of reaching settlement through collaborative law took six months from start to finish. It is likely that had it been handled in court the time to resolution would have been 12 months or more, as well as involving much higher costs.

Over the course of three meetings, I provided information that helped them reach agreement on child arrangements, co-parenting and communication.

Once a valuation of their assets had been agreed we held a fourth, full-day meeting involving their solicitors who provided support and advice throughout the day. Following a combination of having discussions all together and also in separate, confidential rooms we were able to explore options effectively.

Agreement on the division of assets was reached and incorporated into a legally binding document that day, providing the clients with certainty and saving costs.

In this case, both parties were greatly assisted by having their legal advisors present as it ensured that their expectations were realistic, and that the final settlement was reasonable. An important factor enabling resolution was flexibility regarding when payments would be made and when the family home would be sold. This type of flexibility and creativity is often a feature of mediation and collaborative law, where open communication helps each party and their solicitors understand each other’s desired outcomes.